The latest addition to Hanoi’s residential market, the “Vertical City” known as The Zei has received special attention as its Developer has gone above and beyond in creating a truly special product.

Situated on My Dinh’s “Golden” intersection

Found at No. 8 Le Duc Tho, between My Dinh’s three major streets, The Zei possesses one of the most desirable locations in the capital. Residents can enjoy the abundance of amenities in the area such as an 18-hectare park and My Dinh national stadium, as well as easy access to educational and medical institutions such as the American School, Marie Curie School, Vietnam-Japan University and Hong Ngoc Hospital.

Home to many international schools, hospitals, and multinational companies and corporations, My Dinh has become the neighborhood of choice for a large number of international residents including Japanese, Korean, in addition to the upper-middle class of Vietnam. This shifting trend has made it the most profitable area in the market for rental apartments.

The rapid development of the My Dinh area has given it the reputation as a popular residential area for the Vietnamese upper-middle class and the foreign community. This is a group of tenants that are demanding in their standards, not only in the context of living space but also a neighborhood to enjoy life.

Understanding this fact, The Zei’s Developer boldly built a “Vertical city” – a place that integrates a variety of facilities that constitute a comfortable life for its citizens. Here, all the residents’ needs of living, working, shopping & entertainment will be met with four floors of retail including a cinema, four-season swimming pool, creative co-working space, rooftop Zen garden, children playground, fitness center & spa, four levels of parking basements, among others. At the same time, the project tackles modern urban issues such as energy saving, eco-friendly, and population density.

The Zei is also expected to become a prominent “shoplight” (a combination of two words “shopping” and “spotlight”) of the Western area of the capital city. This concept is no longer new to the world’s busy shopping centers like Siam Paragon (Bangkok, Thailand) and Val d’Europe (Paris, France). With CBRE’s professional consulting and leasing services, the project promises to bring together big international brands, satisfying the shopping needs of brand-name consumers.

In addition to world-class facilities, investors and partners pay special attention to apartments that are the center of the “Vertical city”. Each apartment at The Zei is designed in a minimalist but sophisticated and modern fashion, with balconies extending from open spaces, and large windows that provide each unit with natural sunlight. Open spaces are intertwined with nature creating a small natural habitat right in the “Vertical city” where hanging gardens are found every 3 floors, topped with a Zen garden on the top floor. The abundant vegetation will give residents the purest and most relaxing living experience to nurture and reproduce the positive energy found inside each person.

Additionally, The Zei has a variety of unit types allowing customers to choose according to their needs. With 891 apartments allocated into 5 different types of apartments including two-bedroom, three-bedroom, and dual-key apartments, duplexes and penthouses.

Mr. Nguyen Anh Tuan, Vice President of HD Mon Holdings shared: “Vietnam’s economy is changing rapidly, promoting the rise of the upper-middle class. The question we ask ourselves is “Should we build projects to serve the increasingly strict standards of this group or proactively provide a new standard of living?”. Instead of waiting for the rich Vietnamese to raise their living standards, The Zei must identify and respond to the hidden needs that will arise in the future”.

On April 20, The Zei will officially launch its sales gallery and mock-up rooms at No. 8 Le Duc Tho, My Dinh, Hanoi. Along with this event, customers who register to buy a unit from now until April 20 will receive 2% special discount, in addition to other attractive offers. 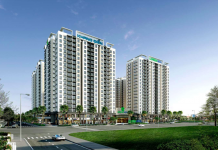 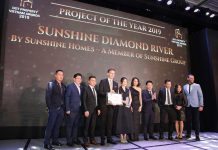 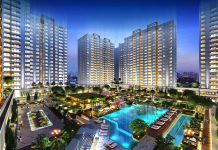 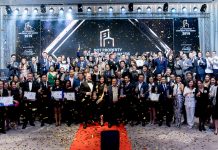 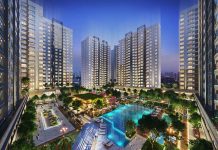 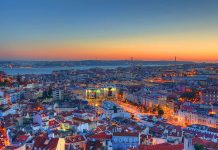